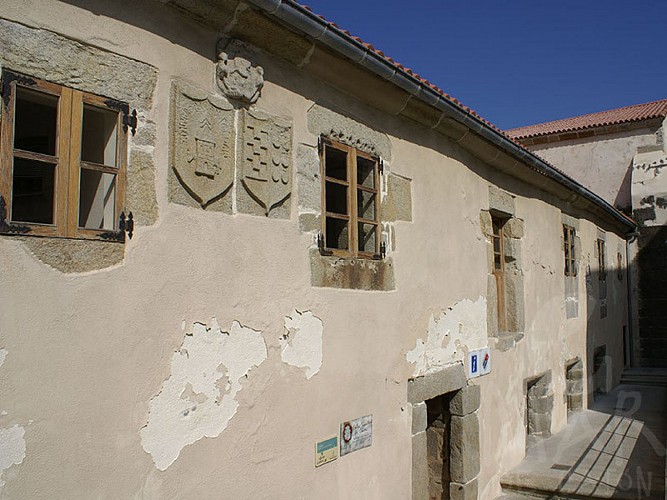 The old rectory was originally the convent of San Agustin, a sober building founded in the 16th century by Fernando Bermudez de Castro, a member of a powerful Galician family that ruled over the town.

Shortly after its founding, the Augustinian friars came to manage the parish and the construction of the church of Nosa Señora do Socorro, annexed by the northern area and with public access through Vila Eduardo Fano square.

During the 17th and 18th centuries, the monastery enjoyed great prosperity due to the privileges granted by the lords of the town, which enabled them to take tithes from the crops and fisheries in exchange for posthumous prayers.

According to historians, the friars established the first pharmacy of Galicia in Caión and left the town in the late 18th century.

Tourist Office
The convent building was renovated by the Town Council of A Laracha in 2006 and since then, houses the Tourist Information Office and the Social Centre.

The tourist office is open during the summer and inside it there is a scale model of the parish, which includes its environmental and landscape wealth.

Near here, in the buildings surrounding the square, are located many catering establishments where we invite you to enjoy the real atmosphere and the best cuisine in Caión.

See the tourist network of Caión

Audio guide of the town's route