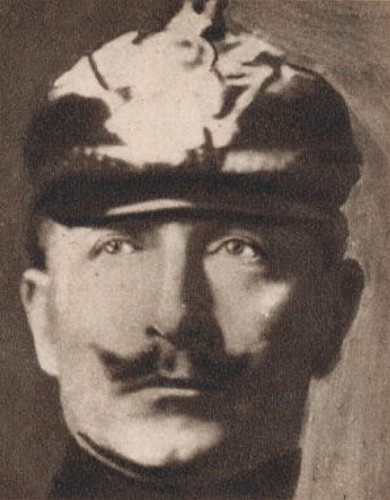 In November 9,﻿ 1918, with the German people in﻿ open revolt, Kaiser Wilhelm’s generals told him﻿ ﻿it was all over. ''He said nothing,﻿ ﻿just looked - looked from one to﻿ ﻿the other, with an expression first﻿ ﻿of amazement, then piteous﻿ appeal, and then - just a curious﻿ wondering vagueness," one of his﻿ officers recounted. "He said nothing,﻿ and we took him - just as if he﻿ were a little child - and sent him﻿ ﻿to Holland,”﻿ where died in 1941 in exile in Doorn.
His birth had been difficult and he grew up with a painful disability, made worse by the appalling treatment he received and by a relentlessly cruel upbringing. As a result, he developed a narcissistic,﻿ aggressive, needy personality, forever demanding attention, lurching from one extreme position to﻿ another. His only consistent motivation was hatred for the country of his grandmother Victoria. "The English," he promised﻿ with grim satisfaction, would be﻿ ﻿"brought low some day".﻿
The German constitution made him the channel through which all major decisions proceeded and, without the controlling guidance of someone like his Chancellor Bismark, his powers during the war were usurped by Generals Hindenberg and Ludendorf. He may not have been a Hitler but his deranged behaviour created the conditions in which extreme politics could thrive.WikipediaSpartacusHistoryLearning