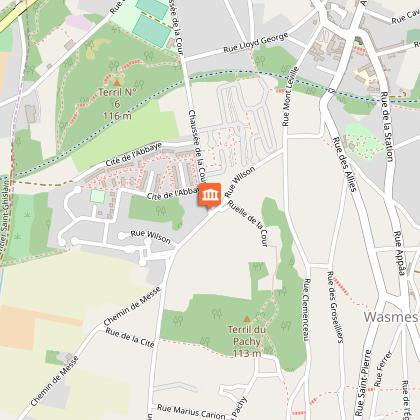 The building's current appearance dates from 1772, when the Abbot of Saint-Ghislain entrusted Jean Malengreau, a master mason from Quaregnon, with the task of renovating the building. General Dumouriez took up residence in the Courtyard on 5 November 1792, on the eve of the French victory over the Austrian troops at the Battle of Jemappes.