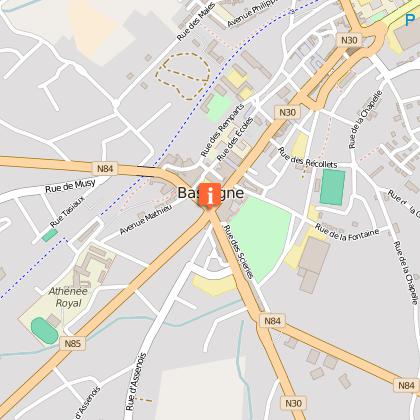 The Battle of the Bulge, the final confrontation of the Second World War in Belgium, was fought from 16 December 1944 to 28 January 1945. Bastogne and the surrounding area were the scene of fierce fighting during this period. The Bastogne’s main square bears the name of General McAuliffe, who had the temerity to reply “Nuts” to the German general who demanded the surrender of his troops. The 101st Airborne Division then succeeded in holding back repeated German attacks until the arrival of reinforcements in the shape of the 4th Armored Division.

A Sherman tank of the 11th Armored or “Thunderbolt” Division, destroyed on 30 December 1944 is on display at the corner of the square next to the bust of General McAuliffe.