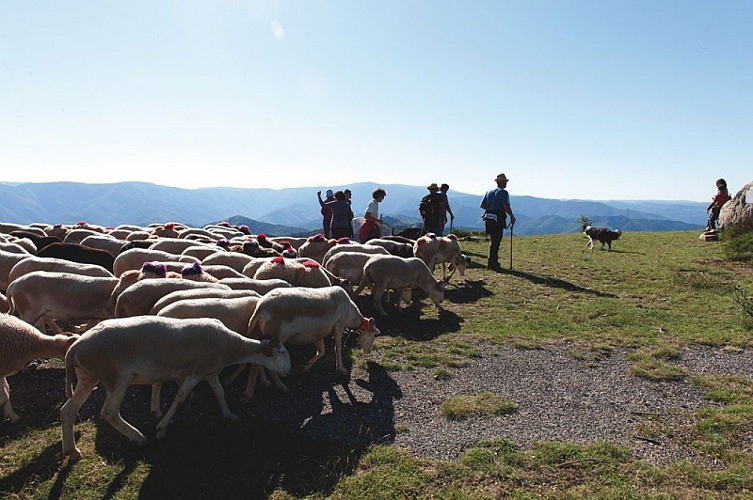 The origins of the mouflon

Marker 6L'Abeuradou is located on a draille, a drovers' road for shepherds and their flocks to move between the plains of Languedoc and summer pastures on the southern Massif Central. The name L'Abeuradou indicates that it is a spot where the flocks drink and rest before continuing their long hike. Today's domestic sheep is descended from the mouflon. Since being introduced to the slopes of Mont Aigoual, the mouflon has thus been rubbing shoulders with its cousin, which grazes here in summer. Their cohabitation does not seem to be a problem for the livestock farmers.