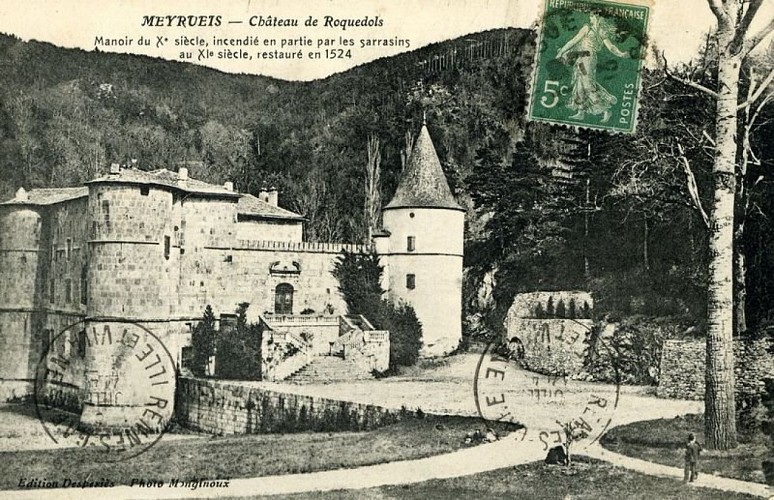 Marker 6A former agricultural estate building, the traditional 14th century farm evolved into a castle in the 16th century. Looking at its quadrilateral shape, you will see that the tower on the left looks different from the one on the right. The shape of the porch before the entrance seems unlike the other parts of this monument. Up until the 20th century, the Château underwent several transformations, but Roquedols Estate has always retained its agricultural purpose. Its successive owners have taken possession of the space in different ways: the Dupont de Bossuges family hosted clandestine Protestant gatherings (18th c.); Madame Dol turned the Estate into a charming residence (late 19th to early 20th c.). During the Second World War, the castle was a refuge for the forestry services and a storage place for artworks. Today, it brings happiness to walkers looking for fresh air!