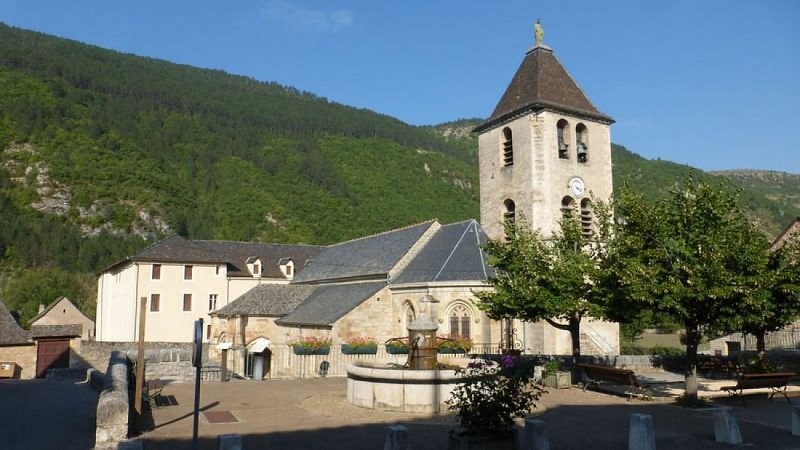 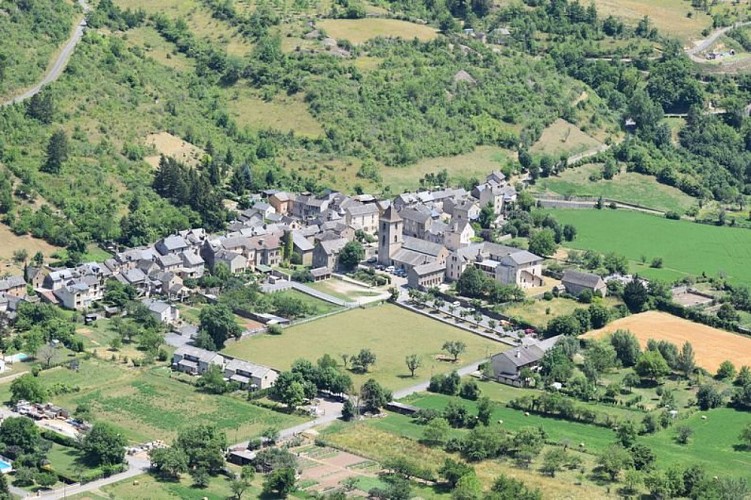 The collegiate church of Quézac – today Notre-Dame church – was fortified in the 14th century at the instigation of Pope Urban V. The first building is believed to have been erected in 1052 in honour of Our Lady of Quézac. Legend has it that a   ploughman found a black Virgin while ploughing a furrow, which he brought into the church. However, it disappeared during the night, and the next day was found again in the furrow. The decision was taken to build an oratory on the spot chosen by the Virgin, and soon large numbers of pilgrims on their way to Santiago de Compostella visited Quézac. Today, a stained-glass window illustrates the dedication of the collegiate church to Our Lady.