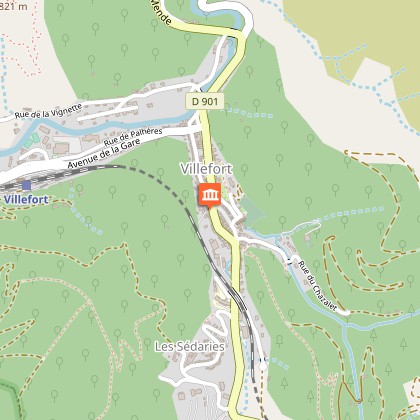 Villefort was embroiled in the religious wars of the 16th and 17th centuries. In 1629, Henri de Rohan besieged the village. Rue de la Bourgade was torched by the Huguenots. In the 17th century, town walls were built around Villefort, which were demolished between 1808 and 1813. During the French Revolution, heraldic shields recalling the Ancien Regime were chiselled off walls, testament to the locals' hatred of their lords. A cross on Place du Portalet is a reminder of the 1794 execution of a defiant priest from Saint-Frézal-d'Albuges. The First World War caused many local casualties. During the Second World War, Villefort was occupied by the Germans. A resistance movement nevertheless emerged in the area, consisting of many different groups.