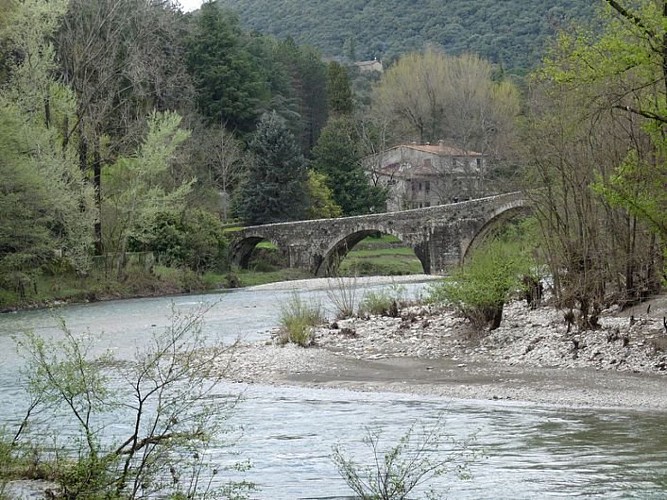 Legend has it that this humpback bridge was built from 1702 to 1704 by Jean Cavalier, a leader of the Protestant Camisard uprising against the Catholic King. And a legend is all it is. It was constructed a decade later, from 1714 to 1718, when Louis XIV's Intendant, a Monsieur de Basville, decided to develop the road network in the Cevennes. The diocese of Alès was responsible for funding a large share of the construction, and the inhabitants of Mialet were forced to participate through work our paying taxes. In 1976, it became a listed monument. (Nelly Bernard)