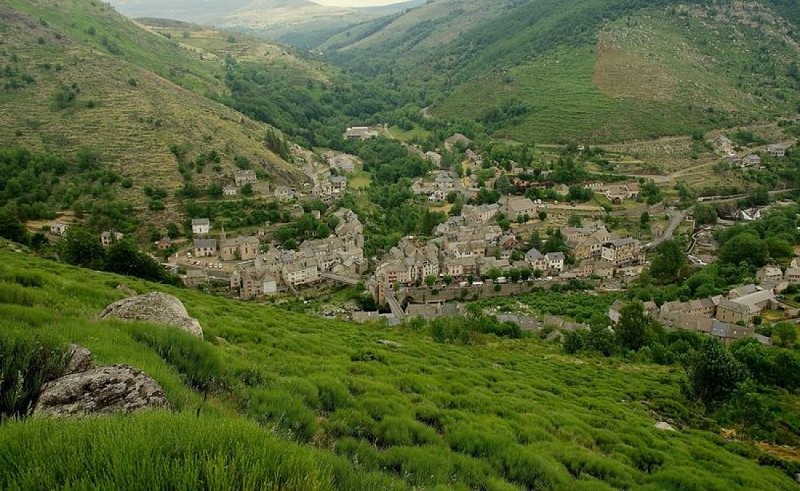 Marker 11This path used to be an important communication route linking Le Pont-de-Montvert with Barre-des-Cévennes. On 24 July 1702, it was used by a gathering of Huguenots coming from the Col des Trois Fayards, who intended to liberate their fellow Protestants being held by Abbot du Chayla in Le Pont-de-Montvert. These men thus used the path on which you stand. The tragic events that followed (including the Abbot’s violent death) triggered the Camisard War. The landscape surrounding the village is the result of intense agricultural activity. All neighbouring slopes were cultivated, especially with rye, on man-made terraces called bancels.