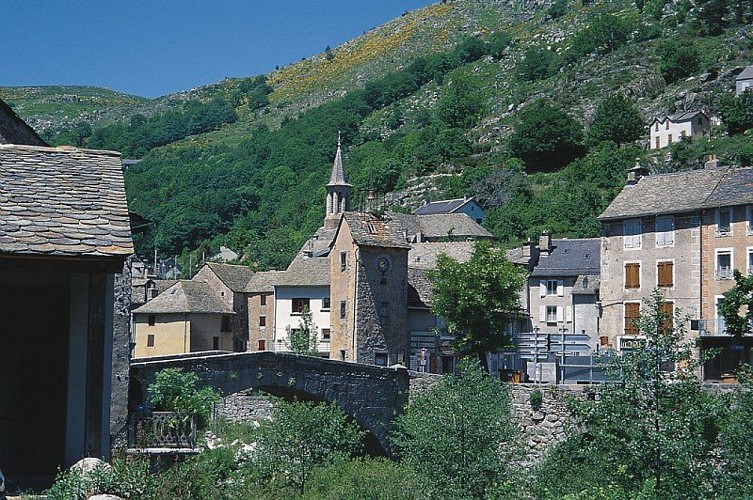 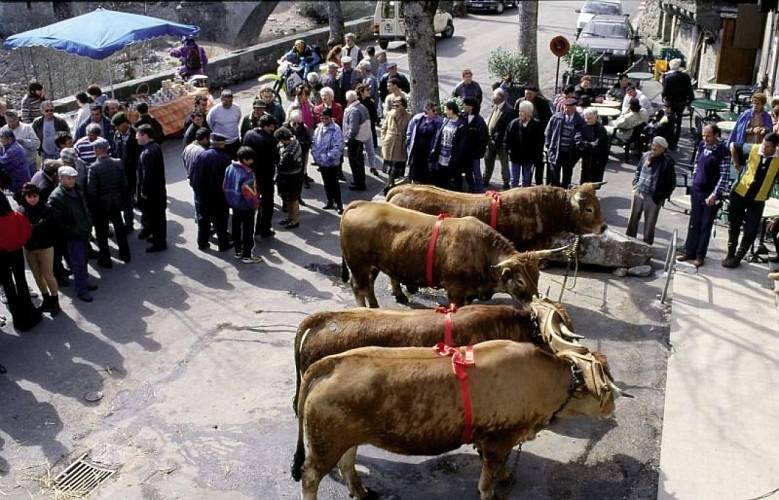 Marker 12Le Pont-de-Montvert is at the confluence of the Tarn and two of its tributaries: the Rieumalet and the Martinet. The draille (drovers’ road) has today almost disappeared, but it was once used by flocks from the south of France to reach the summer pastures on the Mont Lozère. The first neighbourhoods were established along this axis. In 1630 the village was almost as extensive as in the early 19th century. Three stone bridges were built over the rivers, but the great floods of 1827 and 1900 seriously damaged or destroyed them. The grand Tarn Bridge is the only stone bridge still standing. New neighbourhoods developed on the village’s periphery, preserving the historic centre.