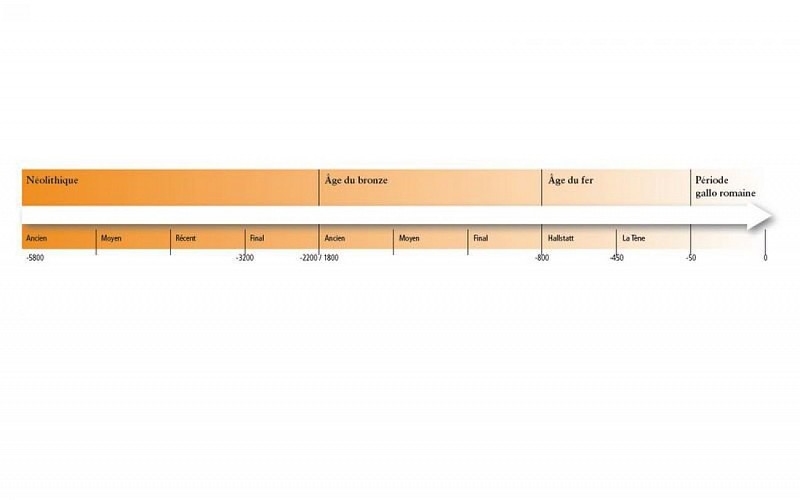 Marker 7The village of Les Combettes is built in a natural depression, as its name indicates (combette = little valley). The exhibition on display in the communal oven building emphasises how late Mont Lozère was first settled. By the Upper Neolithic (around 3500 BC), the region of the Grands Causses was widely settled, following a population increase. The first agro-pastoral communities formed, creating farms and villages and clearing land to grow cereals and breed livestock, whilst still hunting and gathering. These groups are behind local megalithism. The age of metals put an end to the practice of erecting menhirs, but dolmens were in use for a while longer.