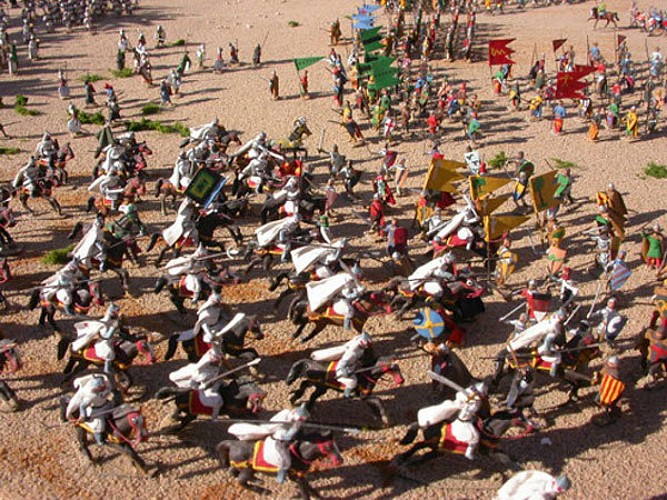 With the fall of the Roman Empire against the barbarians, starts a new period in the history of the West: the middle ages. Armies based its strength of shock in the powerfully-armed Cavalry, as the Frankish Emperor Charlemagne riders.
The Christian Kings of Europe, motivated by his faith and his desire for power, embarked on the conquest of the Holy Land: were the Crusades. During the Crusades abounded the pitched battles, in which the cavalry had their role, but poured in the sieges of fortresses and cities such as Jerusalem, recovering techniques of classical antiquity site. The exploits of Richard the Lionheart or Saladin enhanced chivalrous legend, sung by poets and minstrels.