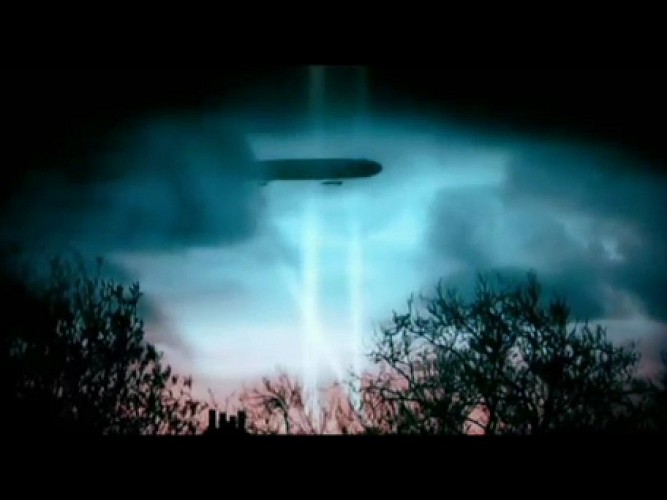 Overshadowed by the Blitz campaigns of World War 2, the Zeppelin raids were a foretaste of what was to come. These huge airships carried a significant bomb-load at a higher altitude than could be reached by defending aircraft or anti-aircraft fire. The first raid on England took place in January 1915. From then until the end of the war over 50 bombing raids were carried out.

Fortunately they were seriously affected by adverse weather and night flying navigation problems - bombs were often dropped miles off target and their military value was negligible. However, casualties made the Zeppelins an object of hatred. In over 50 strategic bombing raids 557 people were killed and another 1,358 injured. More than 5,000 bombs were dropped on towns across Britain, causing £1.5 million in damage. 84 airships took part, of these 30 were lost, either shot down by British aircraft using improved munitions, such as incendiary bullets, or lost in accident.

In September 1916 the German Army abandoned airship raids and developed the Gotha bomber aeroplanes. The Navy, under FK Peter Strasser, continued with airships, although there were only six in 1917 and four in 1918. The last Zeppelin raid on Britain took place in August 1918 when four ships bombed targets in the Midlands and the North of England. The raid also saw L70 shot down in flames over the North Sea killing Strasser and the crew.