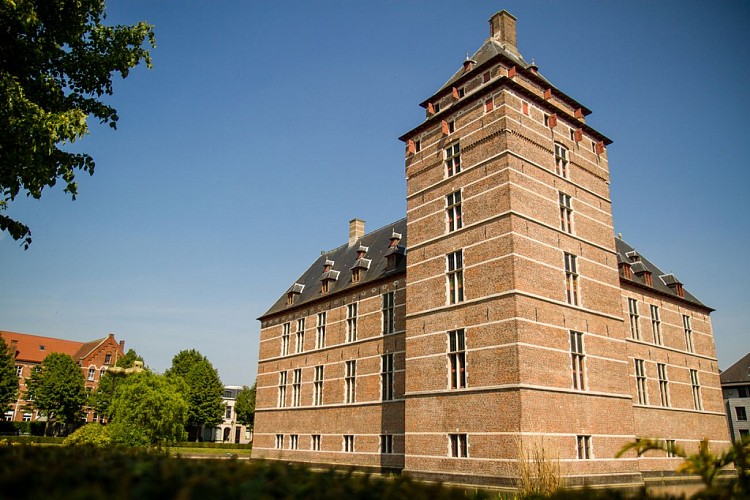 The castle of the dukes of Brabant

The castle of the dukes of Brabant has a long and eventful history. The building probably dates from the early 13th century. For centuries it served as a settlement and a hunting seat. The coat of arms of Maria van Zimmeren, Lady of Turnhout, is displayed above the entrance. A lawcourt has been established in the castle since 1796.
In the French era, noble families disappeared from the castle and dilapidation was inevitable. Around 1800 the French government started using the building as a court and as a prison, as deprivation of freedom became the common punishment. In 1807 the castle was sold to the City of Turnhout, which let it to the ministry of Justice. When in 1904 prisoners were moved to the new prison in Wezenstraat, the justice of the peace court moved to the castle. It became property of the province in 1908, which ordered architect Jules Taeymans to restore it. He gave the castle its current exterior appearance. It became property of the state in 1975. The Buildings Agency made a major effort to restore the whole back to its old lustre. Because of this, the Turnhout court is now established in a wonderful historic monument.
In the moat you can see the Naiad, the goddess of all springs and rivers. She settled down here in 1991. This is what Rik Poot imagined water nymphs from Greek mythology looked like.