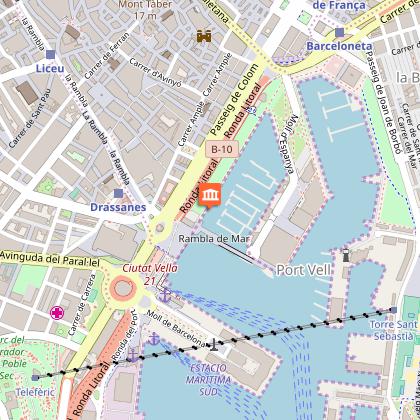 The Santa Eulalia schooner has two openings on deck, called hatches, for loading and unloading goods. The larger of these is to the fore of this mast.

Booms that were situated above the hatches were used for loading and unloading: while some sailors were in the hold hooking up the goods or stowing them away, others were on deck handling the equipment.

The art of placing goods safely in the hold of the boat so as to avoid dangerous movement of the load while sailing is called stowing. A series of factors have to be taken into account when doing this:

-         The fragility of the goods. If some objects are more fragile than others, they have to be placed in such a way that they won’t be spoiled – preferably at the top.

-         The stops that the boat has to make. The possible port calls that the boat is going to make have to be taken into account, and the goods that are going to be unloaded first must be more accessible.

-         Leave the whole load well wedged and stable in order to avoid movement, as that would unbalance the boat and possibly cause it to sink.