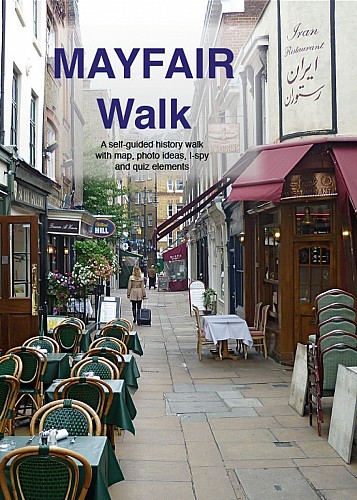 A Short Walk in Mayfair

Mayfair was the site of an annual May Fair and Spring cattle market first held in the late 1600’s. They took place in Trebeck Street, which runs into what is now Shepherd Market. The fair and market were curtailed in the reign of George III because of the notorious behaviour of the ‘lazy rascals’ and ‘sluttish strumpets’ who thronged there.

The valuable real estate that became available was developed between 1700 and 1750 by landlords such as the Dukes of Westminster (the Grosvenor family) and, by the 1800s, it was established as London’s most fashionable area for politicians, diplomats and the very rich, with shops, restaurants, coffee houses, gaming clubs and hotels to cater for their every need.

Today, Mayfair retains an air of exclusivity with a high proportion of 5-star hotels and fashionable restaurants and shops selling luxury goods to residents and visitors from all over the world.

It is also a fascinating and historic area to wander around, with the mews and little streets containing interesting houses and architectural details from previous centuries juxtaposed with modern residential and business premises.