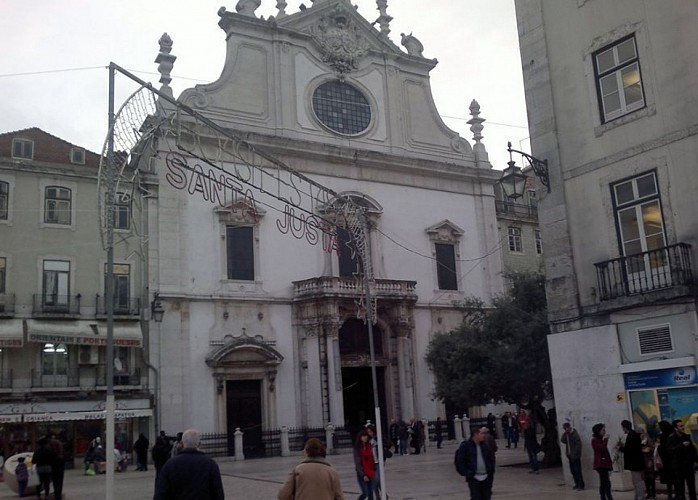 The construction of the church started in 1241 and since then the original project suffered several alterations. This was where the Saint Dominic  Convent  stood, from which the Inquisition read out its sentences. No other church of Lisbon  suffered so many natural disasters; the earthquake of 1531 and 1755 and a major fire in 1959. There are still clear signs of the fire like the scorched pillars and a lingering smell of burning.

Almost immediately in front of the church visit a popular hole-in-the-wall bar for a glass of ginginha, a local syrupy cherry brandy liqueur