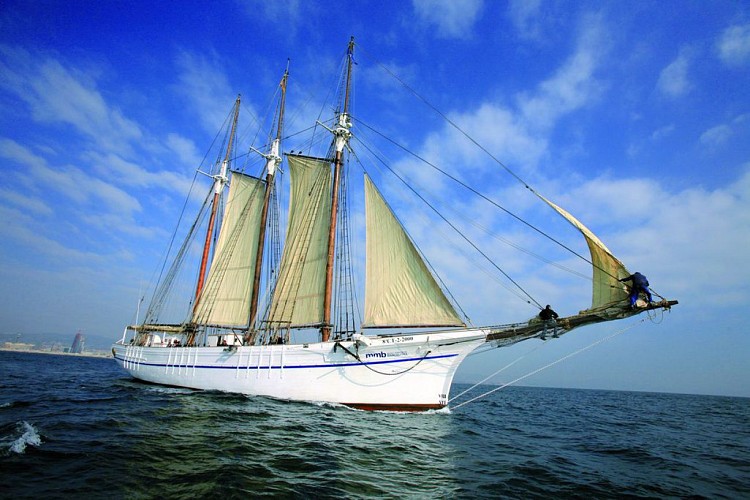 The Santa Eulàlia is a schooner built in Torrevieja (Alicante) in 1918, which was acquired by the museum with the aim of recovering maritime heritage in danger of disappearing.

The original boat was christened Carmen Flores after the daughter of the ship-owner who had it made, Pascual Flores, and it was made in the Marí dockyards – a place where schooners were traditionally built. It was used for coastal sailing from the year it was launched in 1919, up to 1928. In 1928, it was fitted with an engine and turned into a motor-yacht and had different names, such as Puerto de Palma (from 1928 to 1935) and Cala San Vicens (from 1935 to 1975). Later, it was acquired by the company Kylon S.A., and it was used in the recovery of sunken goods and boats, under the name of Sayremar I. In 1997, it was acquired by the museum at public auction. After work to restore its original appearance, it was rechristened Santa Eulalia in 2001, in honour of one of the town’s patrons.