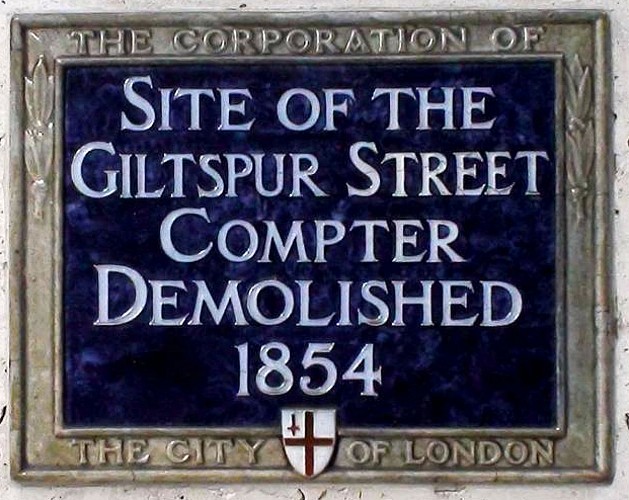 In medieval times the street was known as Knightrider Street because knights used to ride along it to tournaments at Smithfield. Gilt spurs were made here later.

This was the site of the Giltspur Street Compter, a small jail holding mainly debtors but also felons, vagrants and overnight charges such as drunks. It was designed by George Dance the Younger, a leading 18th-century architect and a founder of the Royal Academy.

The Compter opened in 1791 and was demolished in 1854. Part of the site was added to the grounds of Christ’s Hospital.

This iBeaken was designed and produced by MJL Digital Publishers