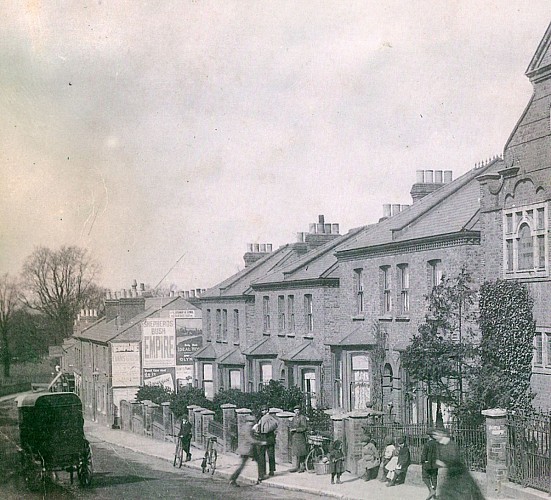 West Street runs down from the summit of Harrow Hill, where the famous school is situated, to the Lower Road. It has lost most of its shops and pubs but the Castle pub remains and is relatively unchanged. The houses on both sides of the street are almost unchanged from Victorian/Edwardian times and particularly so once you pass the pathway entrance to Church Fields and the road opens out.

This was the point where carts could turn round and a handsome red-brick church building stands on the right, now used as a factory. Further down on the right are a series of handsome red-brick Edwardian 3 bedroom semi-detached villas including number 75. This house has the old Pye Cottage at the bottom of the garden, although that building is almost entirely concealed by a magnificent yew tree. These villas date from about 1910 and were once connected directly to the Powerhouse Studios behind where electricity was first generated for the area.