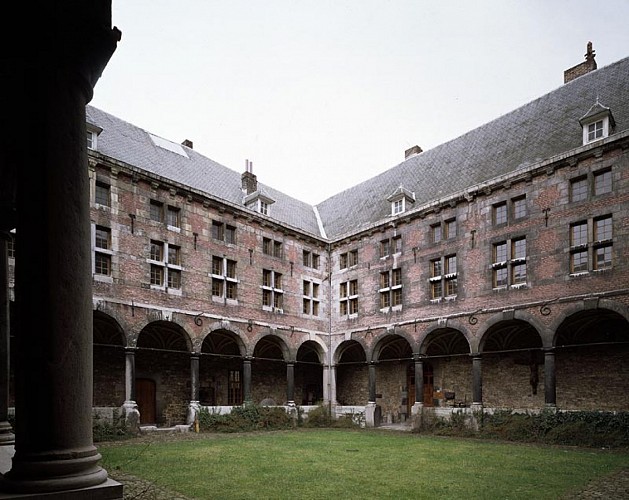 Former convent of the Frères mineurs

Former convent of the Frères Mineurs

The Frères Mineurs became established in rue des Chevaliers (now rue Vankeerberghen) in 1234. Of this early core only the church survives, modified in particular when the buildings were reconstructed in the 17th century. After many trials and tribulations, the complex was purchased by the town and restored in 1924 by the architects Gaspard and Schoenmackers. The site is now the museum of the Freedom Charter and hosts cultural events.

Preserving the remnants of the town tower, which was destroyed in 1764, a Baroque gate was added to the enclosure wall in 1658. Accessed by a flight of stairs, the gate has two partly projecting half tambour columns and niches. The monumental appearance of the building is accentuated by a Tuscan gate built in 1705 in front of the entrance to the church and the convent.

Built adjacent to the church in the 17th century in the Mosan style, the convent consists of three wings enclosing a cloister with Tuscan colonnade. The keystones and arch springing bear dedicatory inscriptions accompanied by coats of arms. There are one and a half levels above the galleries to the roof, with mullion or casement windows. One of the wings is extended by an irregular structure, the Maison Pattard, added in the 19th century.