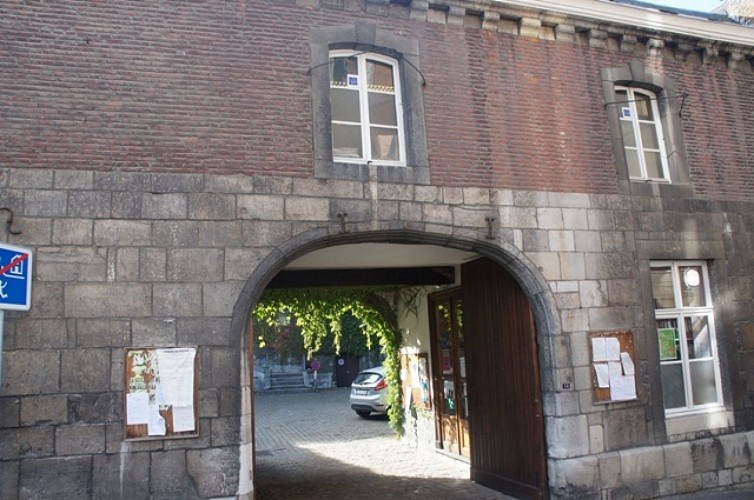 Dated 1535 by a phylactery visible between the basket-handle door and its transom, the main building in limestone blocks rises two levels above the basement and has a pitched slate roof. It is reached by stairs decorated with a wrought iron handrail from the first half of the 19th century. The windows, which are spread in very irregular fashion, some of which one has crossbeams and bars, have ogee lintels above.

Apart from the modenatures of the windows, sculpted decorations occupy an important place in the house: sculpted cones or male or female busts in the entrance, human heads or plant motifs for the windows, even triple prismatic column bases forming the supports for the abutments of the windows. Inside, the decor dates back to the end of the 18th century: an imposing oak staircase, fireplace mantles, etc. A covered passageway connects the house to the former convent of the Frères Mineurs, straddling the road of the same name.