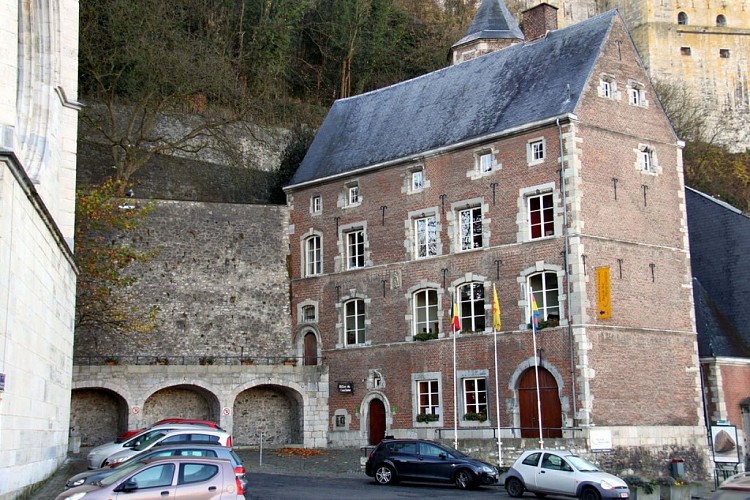 This former residence of the canons owes its name to Gérard d'Oultremont, who rebuilt it in the 16th century on the site of a building that had the same function. The complex is on three sides of a courtyard dominated by a tower. The largest wing houses a dwelling with openings that were modified in the 18th century, as were various other parts, and which features architectural elements decorated with human heads. It is accessed up a ramp supported by four Roman archways leading to a façade of brick and limestone rising to three and a half storeys on a high bonded base wall. The wing is distinctive for the presence of a bas-relief of the Virgin with Child from the 17th century. The ground floor retains a doorway with Gothic modenature, one of the features of the building. The upper levels are composed in a fairly similar manner under a pitched slate roof. The façade overlooking the courtyard has very few openings and is extended by a slight curve that rejoins the circular tower whose top floor is octagonal in shape and projects slightly. Probably from a later date, a gallery with two archways and Tuscan column forms a link with the wing opposite the residential quarters. The rear façade looks out over the gardens. This wing, which used to be higher and featured a tower, is on one level only. Its gable end contains a fountain from the end of the 18th century or beginning of the 19th. The building houses the Tourist Office for the Pays de Huy, Meuse-Condroz.