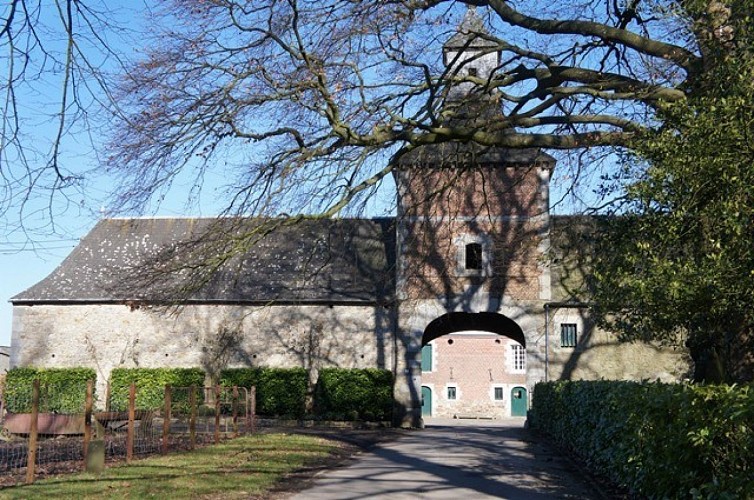 This group of buildings in sandstone, brick and limestone dates mainly from the final years of the 17th century. Possibly the residence of the dean of chapter in Huy prior to reverting to various prominent families, the complex is accessed along a modest drive leading to a porch and dovecote. Quadrangular in shape under a pavilion roof and bordered by accommodation for cars, the porch provides access to a courtyard around which the various buildings are arranged.

The most imposing of these is the manor itself, which is extended by a more recent caretaker's lodge (no doubt from the beginning of the 20th century). This two-storey house consists of three central bays flanked by wings at right angles delineating a stairway with wrought iron railing from the 18th century. A cartouche inserted into the lintel of the entrance door states the date of 1695. Topped by a high hipped slate roof, the attics are lit by oculus windows or skylights. The rear façade is similar to the one facing the courtyard, except for the projecting wings replaced by a single bay. A four-sided tower out of alignment occupies one of the sides of the manor.

The cowsheds and dwelling of the toll collector take up the side of the courtyard facing the entrance. The final side is enclosed by a wall, no doubt partly from the 20th century, but built using recycled materials, which has a small opening. This wall extends to two symmetrical outbuildings from the 10th century, followed by older buildings. The castle grounds extend to the rear of the main building.