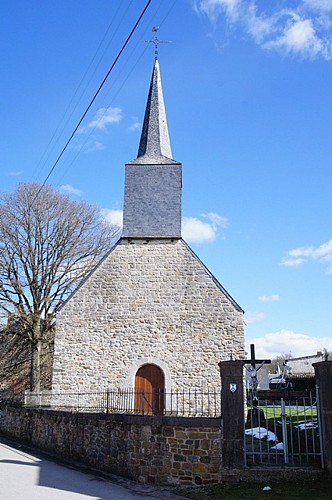 The chapel of St Christopher in Hargimont is surrounded by its old graveyard. The chapel has a Romanesque-style nave and chancel dating from the 17th century and was originally a castle chapel. The south wall bears traces of a doorway that initially provided access to the building.

The chapel was damaged during the Second World War and was finally restored between 1969 and 1971 to regain its original appearance. The building still has two funerary monuments, as well as a solid altar and pews. Some of these pews at the front of the chapel were reserved for the family of the manor, as can be seen from the partition that surrounds them. The building retained a religious function until 1875 when a new church was built.