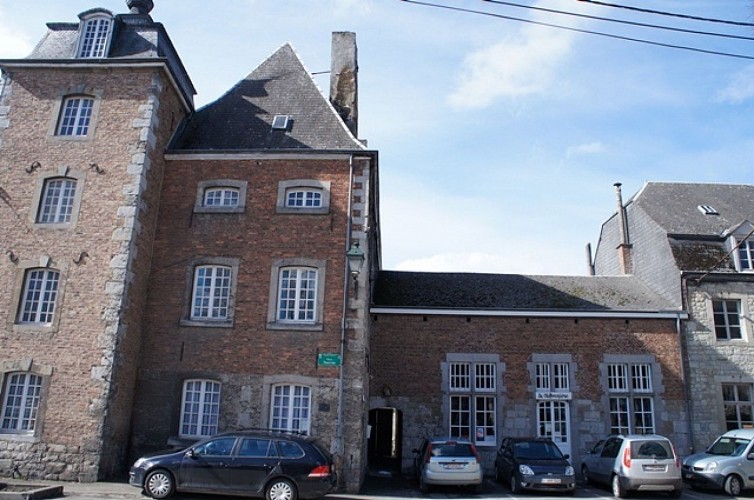 The curate's house is the former refuge of Saint-Rémy abbey. In 1750, the building passed to the earl of Lulange, Laurent le Jeune, then on to de Martial and finally, in 1777, to the widow of Pierre de Labeville.

The rectangular house is Gothic in style and dates from the first half of the 16th century. The three levels are constructed from square stone blocks. The wall to the right features two windows with crossbeams and ogee lintel. Also of note are the arched niche and the door with crossbeam and straight lintel and the window with indented lintel dating from the mid 18th century. The rear façade has two bays of windows with convex lintels dating from the 18th and 19th centuries. The ground floor still has traces of earlier walled-up windows (ogee lintel, discharged arch). The curate's house has a high pitched slate roof that is hipped and furred.

A square 18th century tower is situated at one of the corners of the main façade and the interior features a stone fireplace from the 17th century and other items from the 18th century (doors, fireplace, staircase).