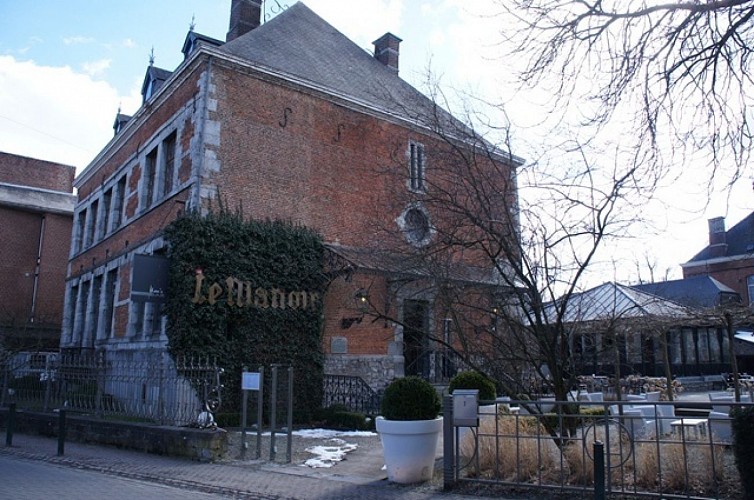 The Manor or Maison Dochain

Maison Dochain is also called the "Manor". It is an old dwelling that used to house a restaurant and a hotel for travellers. The house was built in the 17th and 19th centuries. It was ceded to the Dochain family, which lived in it until 1615 when it was ravaged by fire. The manor was rebuilt a year later by the Dochains, over two floors. Note the date visible on the anchors of the second floor.

The house was then altered on a number of occasions from the second half of the 19th century onwards. This was when the windows on the ground floor were converted into doors and given a balcony with wrought iron railing. It is here that the initials of Jean Dochain can be seen, along with the dates 1616 and 1878.