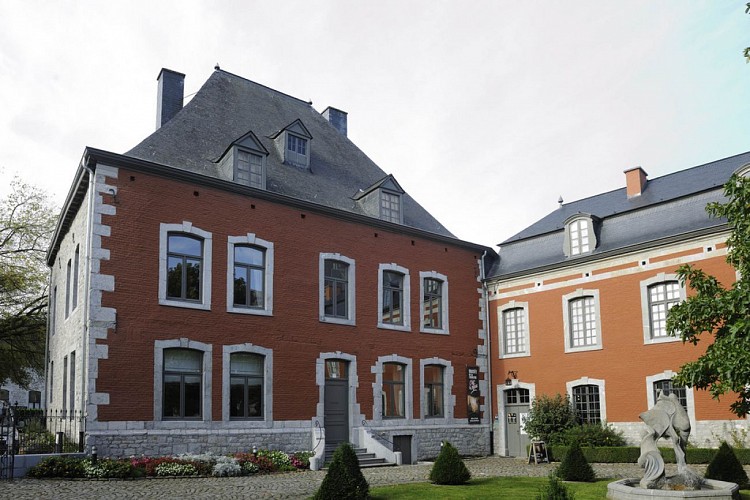 Maison Jadot is situated in its own grounds and consists of one structure running parallel to ruelle des Carmes and another, at right angles, running to the rue du Commerce. The house belonged to Jeanne de Soy, who was the wife of Jean Dochain, lord of Aye, from 1660.

Built from limestone blocks, with the exception of the brick façade, bluestone and with a subwall of blocks, the building parallel has a dual body with five bays on two levels. Some of the courses linking the thresholds, lintels and crossbeams and the base of the door abutments, as well as the two anchors on either side (1 and 9) date from the 17th century. The house has a hipped and furred pitched slate roof pierced in staggered rows by dormer windows with triangular pediments.

The second wing, classical in style, was built in 1776 using bricks and bluestone, with a base of limestone rubble. This wing has eight bays on two levels with convex windows with projecting keystones. The entrance bay, finished with greater care, has a listel door with keystone  decorated with a floral motif, as well as a window door with wrought iron railing. The building has a mansard roof with console windows. Maison Jadot currently houses part of the local municipal services and the Famenne museum.