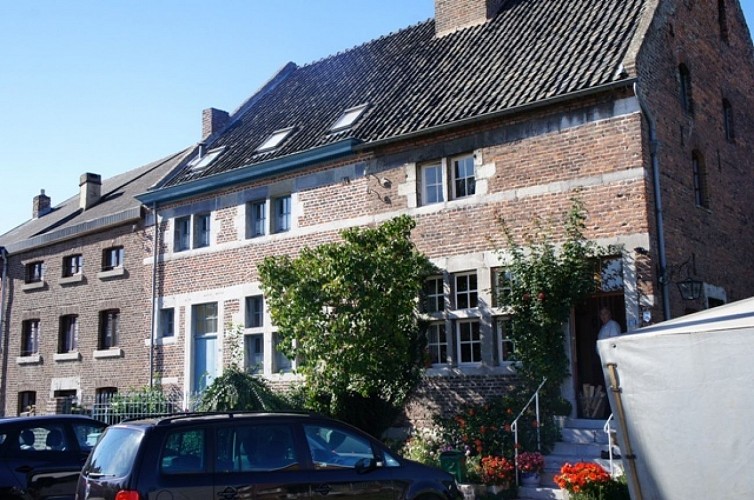 Originally designed as a single dwelling in the 17th century, the building is currently divided into two homes. Each of the two parts is built in Mosan style with overhanging gables with finials and a pitched tiled roof. Slighter the smaller of the two, number 137 has two levels of brick and limestone for its frames and a base of sandstone and limestone delineated by a band. Steps the height of this base provide access to a door - no doubt from the first half of the 19th century - that is more recent than the windows, all of which are the same in the house next door. The ground floor has a window with crossbeam alongside another casement window with straight lintels and toothed uprights, both topped by discharging arches. A mullioned windows provides light to the upper floor. The uprights, crossbeams and lintels are extended by limestone bands. The rear façade has been altered significantly.