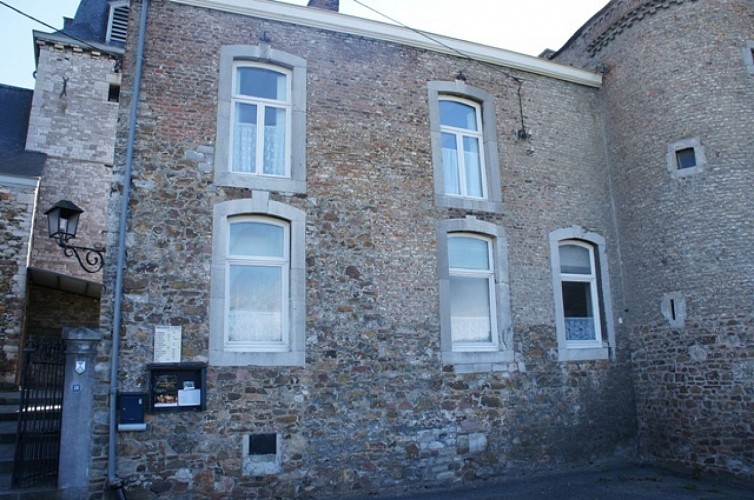 Presbytery of the parish of Sainte-Marguerite, Tihange

Built in the 17th century using sandstone or limestone rubble for the base, which is irregular in height, and brick under a pitched slate roof, altered in the 18th century to create openings and gables, then reworked again in the 19th century, the distinctive feature of the presbytery is a circular tower that houses the staircase. This tower, which has a rather squat octagonal spire on a triple frieze of brick, occupies the fourth bay of a building that has five on two levels. To the left an arched gateway from the beginning of the 17th century provides access to the rear of the building.