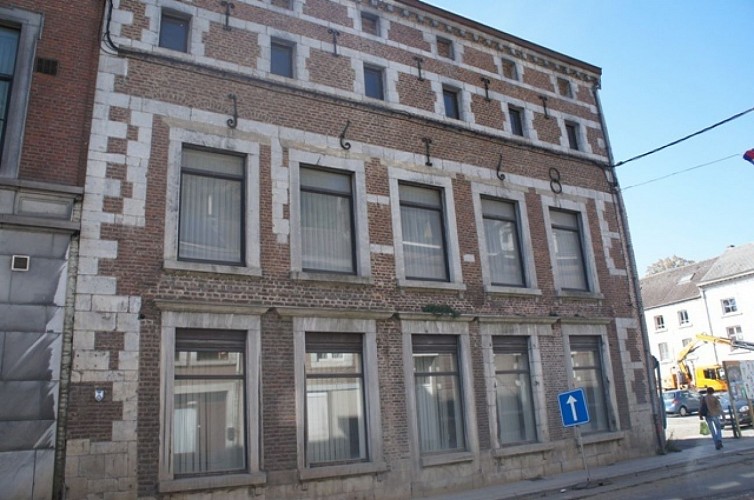 These two buildings from the 17th and 18th centuries include numbers 71 and 73 and date from 1668. This latter house consists of four levels whose heights progressively decrease, built from brick and limestone on a bonded base. The first two levels were extensively modified in the 19th century to accommodate large windows whose original appearance can still be partly glimpsed. This contrasts with the two upper levels that retain their original rectangular or square windows, extended by limestone bands. The rear façade is dominated by a square stair tower in stone and brick, which occupies the centre. A frieze of toothed bricks leads to the pavilion roof. Two 18th century brick and limestone wings at right angles delineate an internal courtyard, the ground floor of which is made up of galleries supported by monolithic Tuscan columns. The two upper levels are lit by mullioned windows with attics above featuring small square windows under a slate roof. A high flood mark dating from the 1880s is engraved into one of the columns.