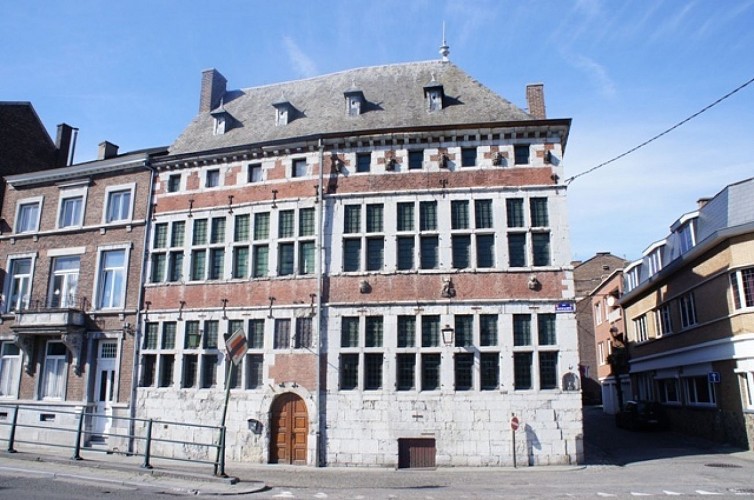 This building takes its name from the bell that announced the arrival at the quay of travellers and goods from Namur and Liège. A hotel until the French Revolution before housing many families from the mid-19th century onwards, the building was restored at the end of that century. It is one of the finest examples of Mosan architecture from the beginning of the 17th century. The date of 1606 is shown on the date stone, flanked by the head of a cherub placed between two busts, one male and the other female on the ground floor.

The main façade, rising to two and a half storeys, was built in brick and bonded limestone in two stages, as can be seen from its slightly broken line. Built in stone, the ground floor features an arched doorway topped by a mullioned window. Either side of this window are three or four casements. Eight of these windows fill the floor, while the half-level above is lit by eight framed windows on the right-hand side of the façade and five mascarons bearing a female face, a male face and three grotesques. A high pitched roof with dormers tops the building. The interior features a 17th century sandstone fireplace, another in earthenware tiles from the 18th century and a rider arched ceiling.