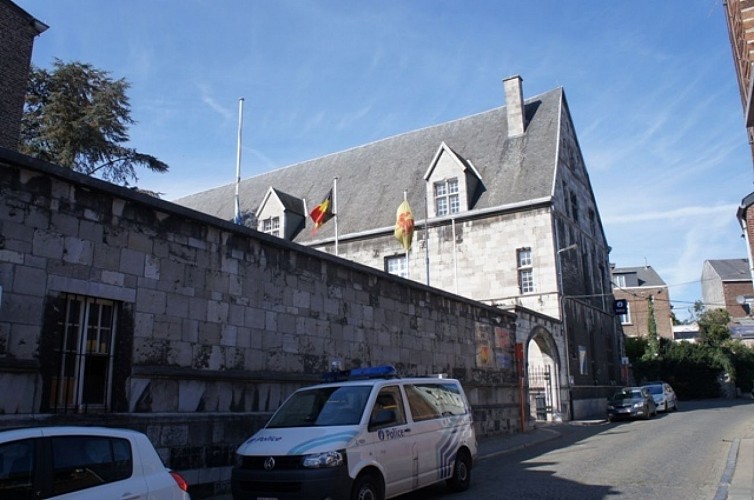 The former refuge of Aulne abbey

Built in the mid-16th century, as can be seen from the Gothic inscription under the first floor level, this large building replaced the initial refuge of Aulne abbey in Huy, mentioned from 1243. This long bonded limestone building runs perpendicular to the road and is accessed to the side through a porch. Its horizontality is emphasised by the presence of a course of stone that separates the two levels as well as the base. Four arched and moulded doorways with prismatic bases open on to the main façade. Numerous windows, most of which formerly had six panes, repeat part of these mouldings and are capped by an ogee lintel. A moulded ledge supports a high pitched roof featuring three dormer windows, also with ogee lintels, as are the lintels above the windows in the gable end facing the road. The rear façade, which was rebuilt in the mid-20th century, reproduces the arrangement of the main façade, while the rear gable has also been significantly modified. A wing added later and rebuilt in brick in the second half of the 18th century, encloses the courtyard and trees. Sold as a national asset to the Revolution, the former refuge has been used for a number of different purposes.