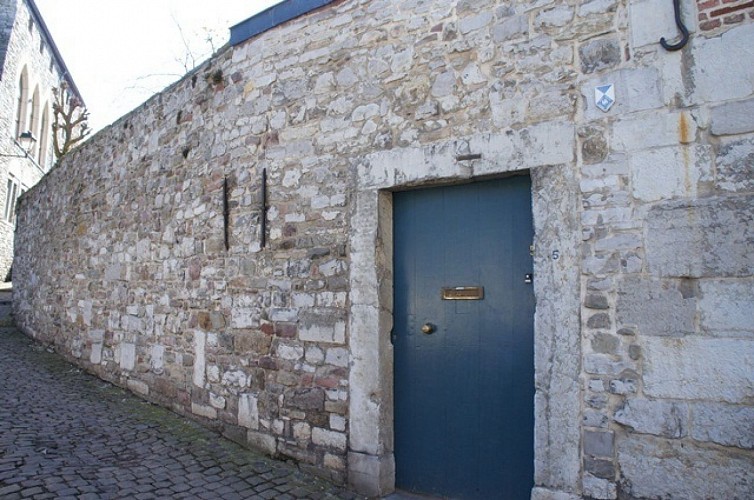 This former presbytery is made up of buildings dating from the 17th and 18th centuries, overlooking a garden enclosed by a wall dating from medieval times. The façade facing the road results from several phases of building and is shown off to good effect by the use of bonded limestone, limestone blocks and bricks. Seen from the garden, the façade is made up of three distinct sections, dating from 1736, 1758 and 1734.

The first building, which is also the largest, is the result of reworking an older core dating from the 16th and 17th centuries. It is made up of two and a half levels of limestone blocks with brick above, under a steeply pitched roof. The date of the building, divided into two, is indicated on the lintels of the windows which were once casement windows, as were those on the upper level. The second building, narrower and less high, is set back from the first. Built mainly in brick, its two and a half levels feature windows that were once casements or mullioned, separated by bands of limestone. The oldest building, set even further back than the one before, is also less high with only two floors under a pitched roof. It features two doors side by side, as well as casement or cross-beam windows. The first two buildings retain in particular a drawing room with a stuccoed ceiling and some fine fireplaces.