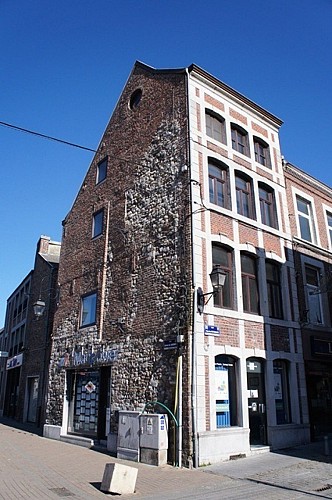 This building dates from around the middle of the 18th century and is built over four levels of decreasing heights across a width of three bays. Converted into retail space in 1986, the composition of the ground floor is more in keeping with the style of the 18th century and the features of the upper floors. It has a limestone base, with an elevation in brick and limestone, like the remainder of the façade. The building's horizontal and vertical features are emphasised by a series of bands, enhanced by the cross wall pilasters that flank the façade. A limestone ledge links the walls to the pitched roof. The gable end retains signs of a lower block-built wall and has modern window openings dating from 1985-86, like the changes made to the rear wall.