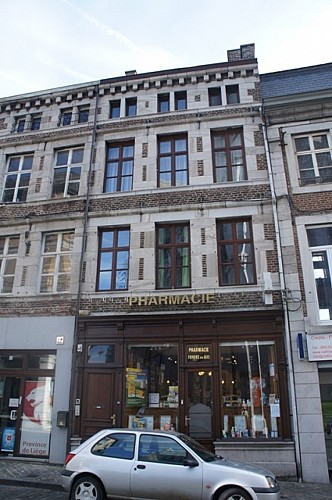 This house dates from the very end of the 17th century and was originally part of a larger group of buildings that also includes number 18. The house itself is over three and a half levels and makes extensive use of brick and limestone, characteristic of the developed Mosan style. The ground floor, which is now a retail space, has lost its character, whereas there have been more minor modifications to the doors and windows. As a result, only the windows in the attic still have their transom. Broad modillions of limestone on the façade support the ledge and slate roof. The rear wall, the ground floor of which has been modified like all of the other floors, is made up of whitewashed timber facing with brick in-fills.