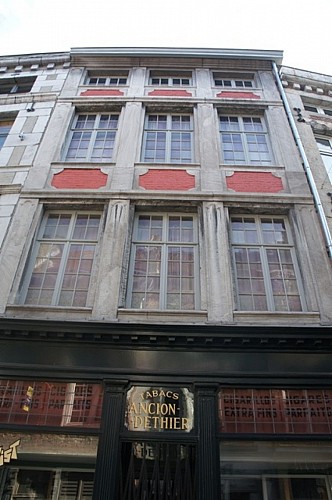 Probably constructed in the first half of the 18th century, this brick and limestone building has a retail space on the ground floor with a frontage in painted, sculpted timber from the early 20th century and three upper floors whose heights decrease progressively, topped by a slate roof. These three upper floors are mainly occupied by three contiguous windows, edged simply with moulded piers and capped by brick cartouches that separate the levels. The window frames have retained their bars and original pink-tinted glazing. The rear wall, in brick, had its windows altered in the 19th century.