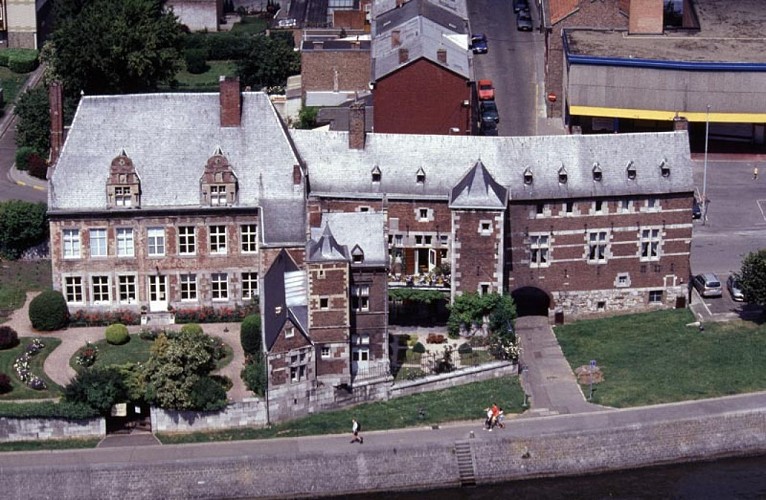 Built on the banks of the Meuse in the 16th and 17th centuries, this group of buildings makes up the former refuge of Val-Saint-Lambert abbey, which is said to have had such an establishment prior to 1235. The highest structure is also the oldest, featuring a house with an enclosed garden to one side. With its various openings altered on a number of occasions, this two-story building is built from brick and limestone on a bonded base. The first floor is topped by a moulded tufa band under a slate roof with extensively decorated Renaissance dormer windows. The wall on the side facing the road was rebuilt after the Second World War. The interior is enhanced by a stucco-decorated chapel.

A return wing at right angles extends the house. This wing is on a single level and was backed by a high quadrangular structure a little later. There is a square tower at the join created by these two elements, complete with partial decorative tufa frieze, this time with extensively decorated gables with scrolls.

The wing extending from the main house dates from the 17th century. Fairly similar to the older buildings, it features a porch that in former times led to the towpath and bridge that crossed the Meuse. This porch is flanked on the Meuse side by a quadrangular tower that supports a wall delineating an interior courtyard.