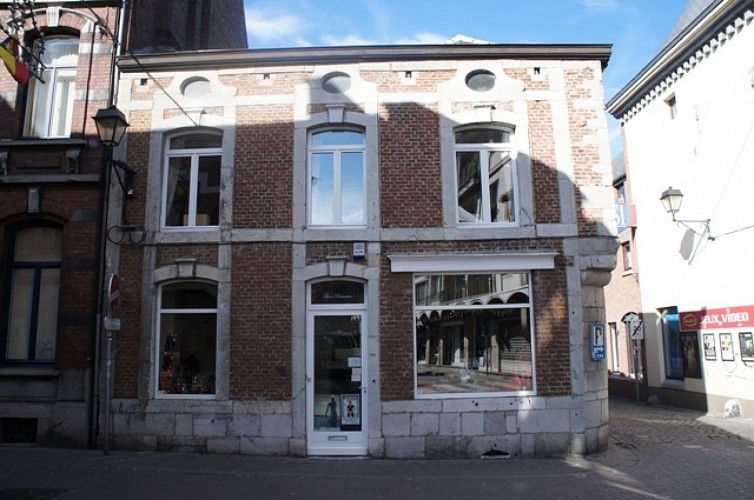 Built in the middle of the 18th century on an older core, this building occupies the corner of rue l'Apleit and rue des Augustins, giving it a cut-off corner over the full height of the ground floor. The elevation features two and and half storeys above a bonded low wall, with extensive use of brick and limestone. Bands of limestone delineate the floors, while the window frames continue to the roof trusses, lit by oval windows. Abutments also edge the façade up to the cut-off corner. The gable end, where virtually all of the openings have been bricked up, is whitewashed brick and rubble. The whole building has a fibre-cement roof. The internal furnishings include an 18th century stucco fireplace.