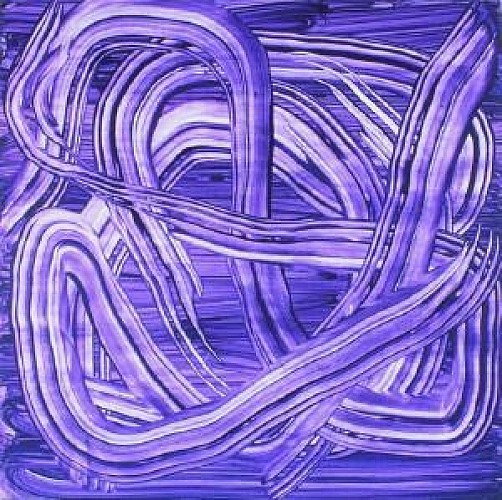 Oil and acrylic on canvas

Judy Millar works with processes of erasure and subtraction, wiping or scraping paint off the surface of the work, while quietly reflecting on the nature of painting. This method, described as ‘unpainting’, is regarded as a hallmark of her practice.  Millar works from a conceptual painting framework, and freely references the recent history of painting. In the same manner as Jackson Pollock, Millar asserts the surface of the painting, but her big, gestural strokes can be seen to be more celebratory than Pollock’s angst-ridden splatters.

Removing paint with rags and with the hand, Millar’s works involve an intimacy as the close proximity of her body is traceable on the canvas as the sweeping arcs reveal her movements and gestures.  This closeness removes the notion of a “composition,” in the conventional sense, and gives the works a feeling of spontaneity and an element of performance. In See-See, purchased for The University Collection in 2002, Millar creates a line that ruptures and breaks and doubles back, creating an illusion of different spaces in front of and behind the painting. The colours are highly artificial and yet curiously organic.