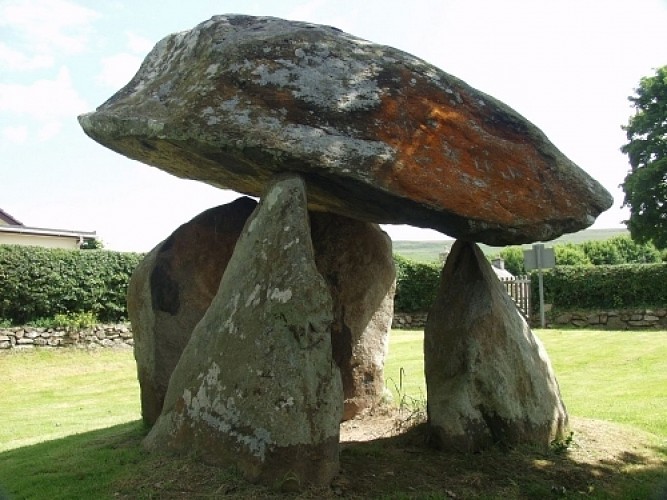 A Neolithic burial chamber dating from 3000b.c.e. and under the care of CADW.

There are four uprights, only two of which are supporting the large capstone. The tomb is set incongruously among a development of 1950's chalets. The tomb was excavated in 1981, when it was found that there had been a build up of plough soil over the centuries and in fact, the stones would have had another metre added to their height originally, making them much taller than they are today.