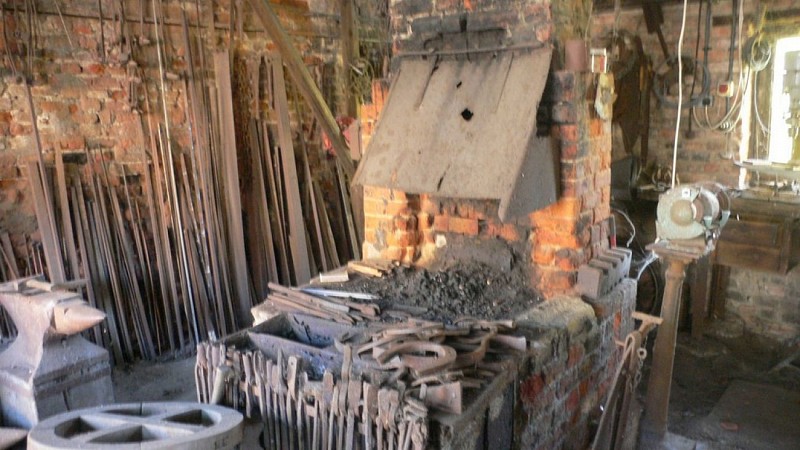 The original building probably dates back to the mid 1700’s and under the ownership of Joseph Rose. However in 1826 it appeared in White’s Directory and it shows that the Blacksmith was a Francis South. It then appears to have been sold to Edward Fisher and could be described as a  general town Blacksmith. 1850–60 day books showed his trade also included the servicing the boats that used the port of Spalding. In 1898 the Dodd Family took ownership of the Forge and were recorded as Spalding’s last Harbour Master. Three generations of the Dodd family worked the forge. George Robert Dodd originally from Heckington in Lincolnshire had learnt his trade at Newmarket and presumably it had paid well enough for him to get married and purchase the forge for £280. The Forge had to adapt with the times and in the 1950’s Geoffrey Dodd business almost ended but he turned his hand to making carnival floats for the Spalding Flower parade and this continued for another 30years. In 1989 the building was sold to the local Council and work was done to preserve it structure but sadly was not developed as a museum. Today we hope to fulfil this vision and The Friends of Chain Bridge Forge has been formed to conserve the artefacts, create a living museum, tell the story of this historic building and build an educational programme which will involve schools and the community.

The Forge has recently been awarded £50,000 of Heritage Lottery Funding and therefore the project has commenced. If you would like to follow our progress or would like to contribute then please view our website  www.chainbridgeforge.co.uk