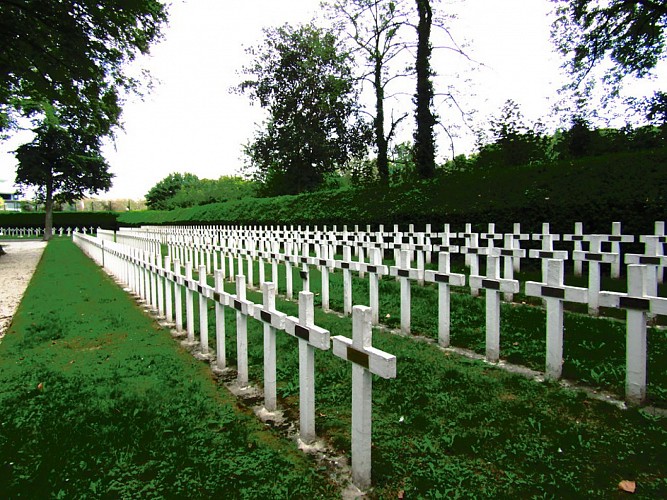 Initially a convent, then a military fort radically altered in 1692 by Menno van Coenhoorn, the "Dutch Vauban", the military domain of La Chartreuse was declassified as a fortification in 1891, but remained as a barracks until it was abandoned in 1982. The buildings were converted into a political prison by the German army during the First World War. Many resistance fighters were imprisoned there and 49 of them were shot, including Dieudonné Lambrecht from Liège, who with young Walthère Dewé, initiated the English intelligence network called "La Dame Blanche", which extended as far as Brussels and northern France. The site of the Bastion des Fusillés, with its 49 crosses, pays homage to these patriots.