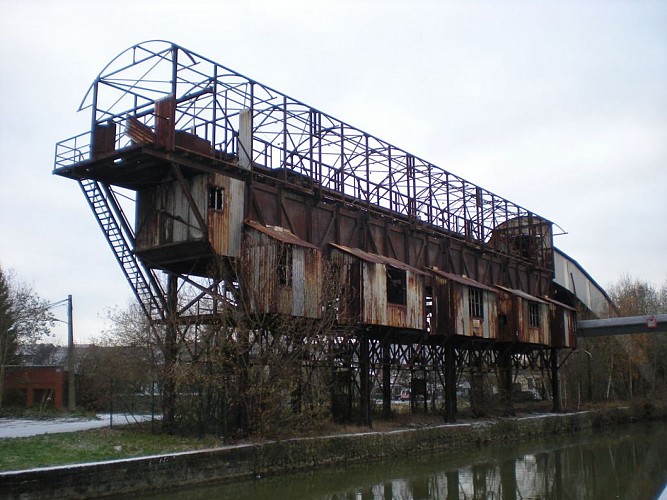 An interesting relic of industrial heritage is this boat loader, associated closely with the trade in porphyry, a magma rock known for its great hardness and quarried in Lessines since the Middle Ages, before it was exploited intensively from the second half of the 19th century. Called "el Truc à batchos", the metallic silhouette of the device has loomed over the old Tacquenier loading dock since 1922, when it was built by Ateliers de Construction of Marchienne-au-Pont. The crushed porphyry, brought on wagons from the quarry to the neighbouring hangar, was taken to the structure on a conveyor belt. The rock was then stored in an elevated position in one of the loader's  eight 35-ton silos and then tipped into the barges below through four spouts. This unique example of a boat loader in Belgium remained in operation until 1984.