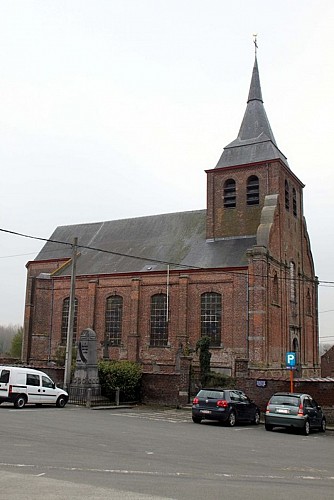 The organ of the church of Saint-Martin d’Ogy

St Martin's church was built between 1750 and 1757 based on plans by the architect Myer on the site of a chapel dedicated to St Blaise. This chapel was requested by the countess of Flanders, Ogina (hence the name of the municipality). The church consists of a nave with three aisles preceded by a tower and ending in a chancel with chevet with three walls. The façade is characterised by its Baroque side: consoles with three lobes, niches, pilasters, etc.

The interior features pillars with Tuscan capitals, quarter-sphere vaulting with caissons in the chevet, etc. but especially the presence of one of the oldest groups of instruments in Wallonia. This is the organ, the case of which is dated 1664. Initially installed in St Peter's church, the organ as sold to the parish of Ogy in 1820. Listed in 1971, the organ today is the jewel of St Martin's church.