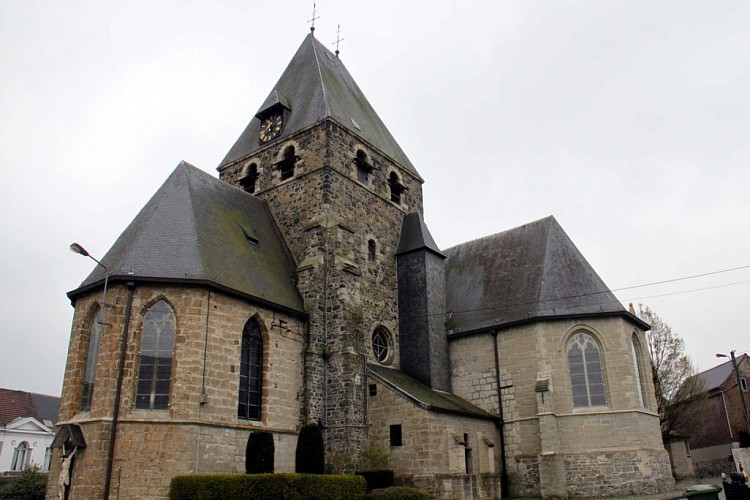 The church of Saint-Martin de Deux-Acren

St Martin's church is the result of an important pilgrimage to the Virgin. In the second half of the 12th century, a second parish came into being, dedicated to the worship of St Géréon or "Petit Acren". St Martin's church then became Acren Saint-Martin or "Grand Acren". The two parishes finally united in 1804 under the French régime and the commune of "Deux-Acren" was created. In 1828, this decision was confirmed by the destruction of St Géréon. St Martin's became the only church in the parish and bears as souvenir two cockerels, symbols of the two original parishes. The church was then restored and enlarged between 1869 and 1871 by E. Carpentier, an architect from Belœil, who added the turreted façade, the first bay of the naves, etc.

The Gothic building consists of a tower, the sole survivor of a 13th-century building. The nave dates from the 14th and 16th centuries. It is flanked by two side aisles with the final bay serving as a transept. The church also has a 14th century chancel and an intersting porch under a mansard roof. The interior of the building is in no way outdone by the exterior. Note the culs-de-lampe sculpted with busts of a satirical tendency, as well as the baptismal fonts dating from the 12th century.