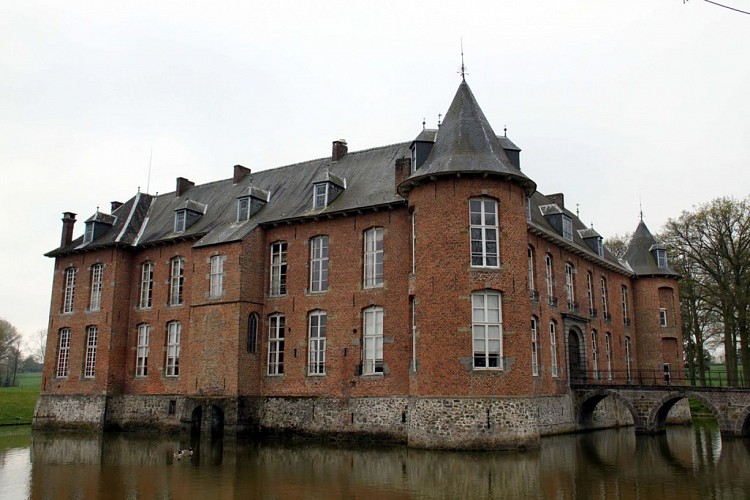 Château de l’Estriverie is mentioned for the first time at the end of the 13th century as a "house" belonging to Jean d’Audenaerde. This house was then located on the estate of the de Lestriverie family, the estate from which the castle takes its name today. Described in the 15th century as a "house and tower on a mound enclosed by water and ditches", this fortified house was built on the site of the motte castle of the 13th century. It was enlarged in the 16th or 17th century and became a castle in the traditional L-shape backed by a second group of buildings, also in an L-shape, made up of outbuildings.

The castle is built in brick, limestone and sandstone on two levels. It has slate bâtière roofs supported by a corbelled frieze. The façades feature a lower section in limestone blocks or cladding stone. The entrance is dated 1630 and is adorned by the coat of arms of the Cottrel family, owners of the château in the 16th and 17th centuries

A listed building, the Château de l’Estriverie has retained all of its majesty and heritage character. Its main courtyard, moats, turrets and roofs  still catch the visitor's eye and dominate the countryside.