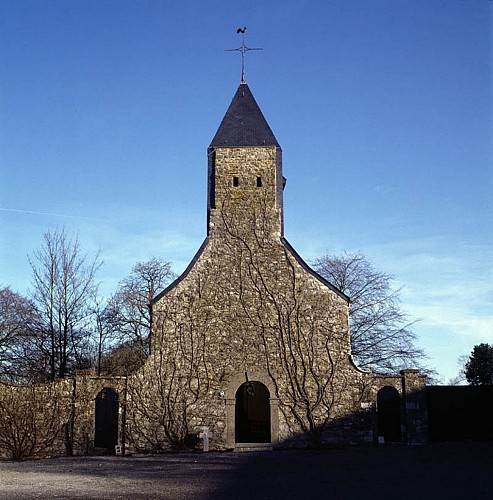 The chapel of Saint-Pierre de Goesnes is one of the buildings that make up Perron farm. The buildings have been listed since the 1980s, but it is the exceptional nature of the chapel that really draws the eye. The single nave is ends in a chancel with flat chevet dating from the 13th century. The façade of the chapel is dated 1717 according to the keystone of the Roman arched doorway. The chapel is topped by a square pinnacle under a pyramidal covering and hipped, furred bâtière roof.

The chancel was originally lit by a triple window relieved by a Roman arch and part of the south wall. Four curved windows were inserted into the south wall at the beginning of the 18th century. Note that only the south and west sides open to the outside, with the north and east sides remaining blind. The furnishings include the classic altar in wood and funeral slabs, including that of H. Colombe in the Renaissance style (16th century), etc.