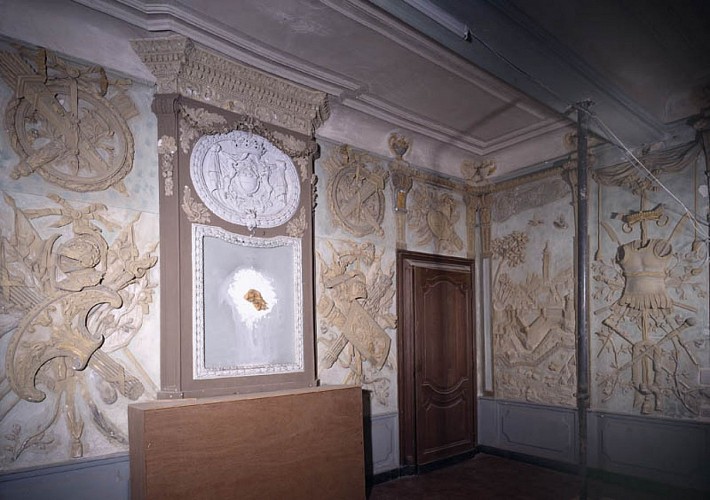 Morialmé castle was built by Ch. De Bryas, count of Morialmé, in the 17th century. It is formed by a quadrilateral in brick and limestone accessed through a doorway to the west. The main body of the living quarters, which is imposing and built in traditional style, was flanked from 1760 by two classical wings.  Adjoining this first quadrilateral is a second group of buildings: the castle farm, which is also made up of four wings.

The body of the dwelling has ten bays and two levels in brick, built on a stone base. It is opened along the line of the building with a doorway with Roman arch and prominent toothing stones and the old door. The casement or traverse windows were remade in 1977. The building has a furred bâtière roof with hipped dormer windows. The internal fittings are characterised by late Gothic and Renaissance details (profiles of the fireplaces).

The two classical wings feature two levels opening out significantly to the outside. The interior fittings feature stuccoed decorations, the most exceptional of which are in the "arms room" where there are also major relief stuccoes depicting military trophies, as well as floral and plant motifs.